Holiday apartments
in the heart of Santiago de Compostela

Feel at home right next,
to the historical centre

Casa do Medio occupies a small and centric building that is protected (together with the other building at the back) by the special preservation plan of the old town of Santiago de Compostela. And this is because Casa do Medio is in San Pedro neighbourhood, one of the current points of reference in the capital city of Galicia. It already appeared in documents from the 12th century and its streets were historically walked by most of the traders, visitors and pilgrims who came from all over Europe and entered the walled part of the town of Compostela through the so-called Porta do Camiño (Gate of the Way).

This house was restored in accordance with the abovementioned preservation plan of the old town, paying special attention to the typology, the kind of materials and the layout of the different rooms, as well as conserving the original location of the pre-existing horizontal and vertical traditional elements in the dwelling, such as the beautiful granite “lareira” (traditional Galician fireplace) in the apartment on the second floor.

The final result of the restoration works is the current Casa do Medio: a peaceful, calm and quiet space in the heart of Compostela that allows our guests to visit and explore one of the most beautiful World Heritage Cities (and final destination of the Way of Saint James), while feeling… at home. 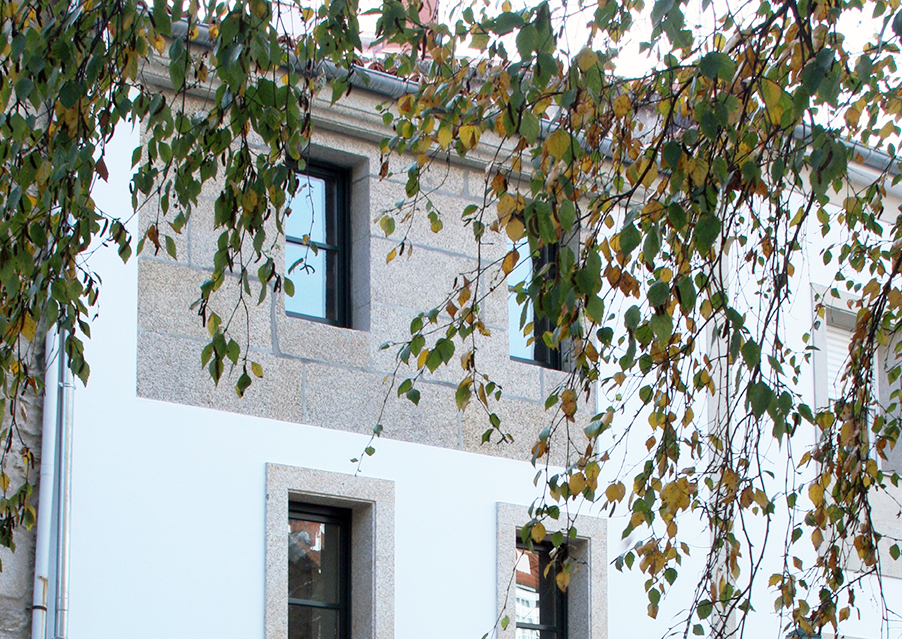